Cost of Therapy in the United States

Which states pay the most to access mental health support? 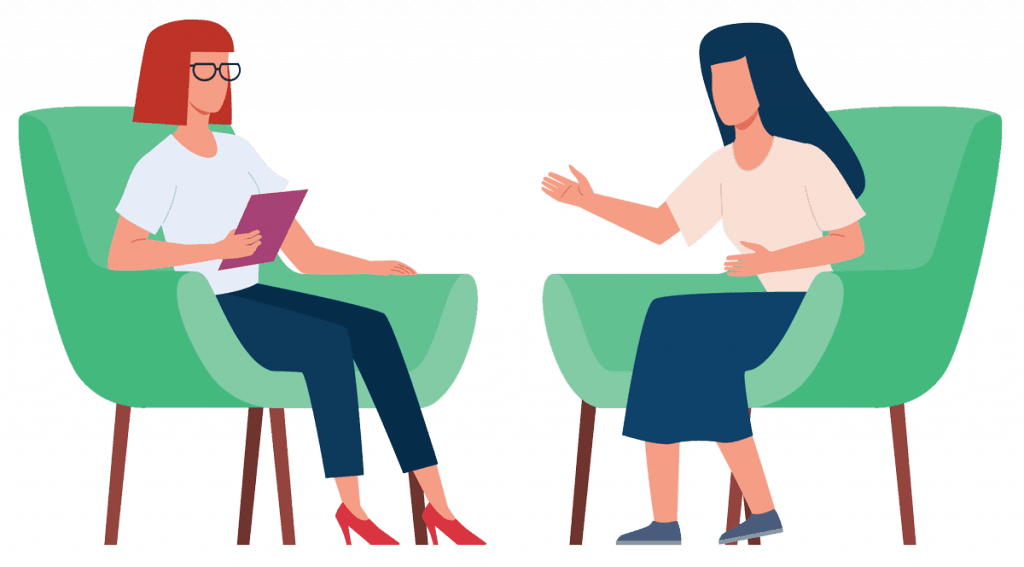 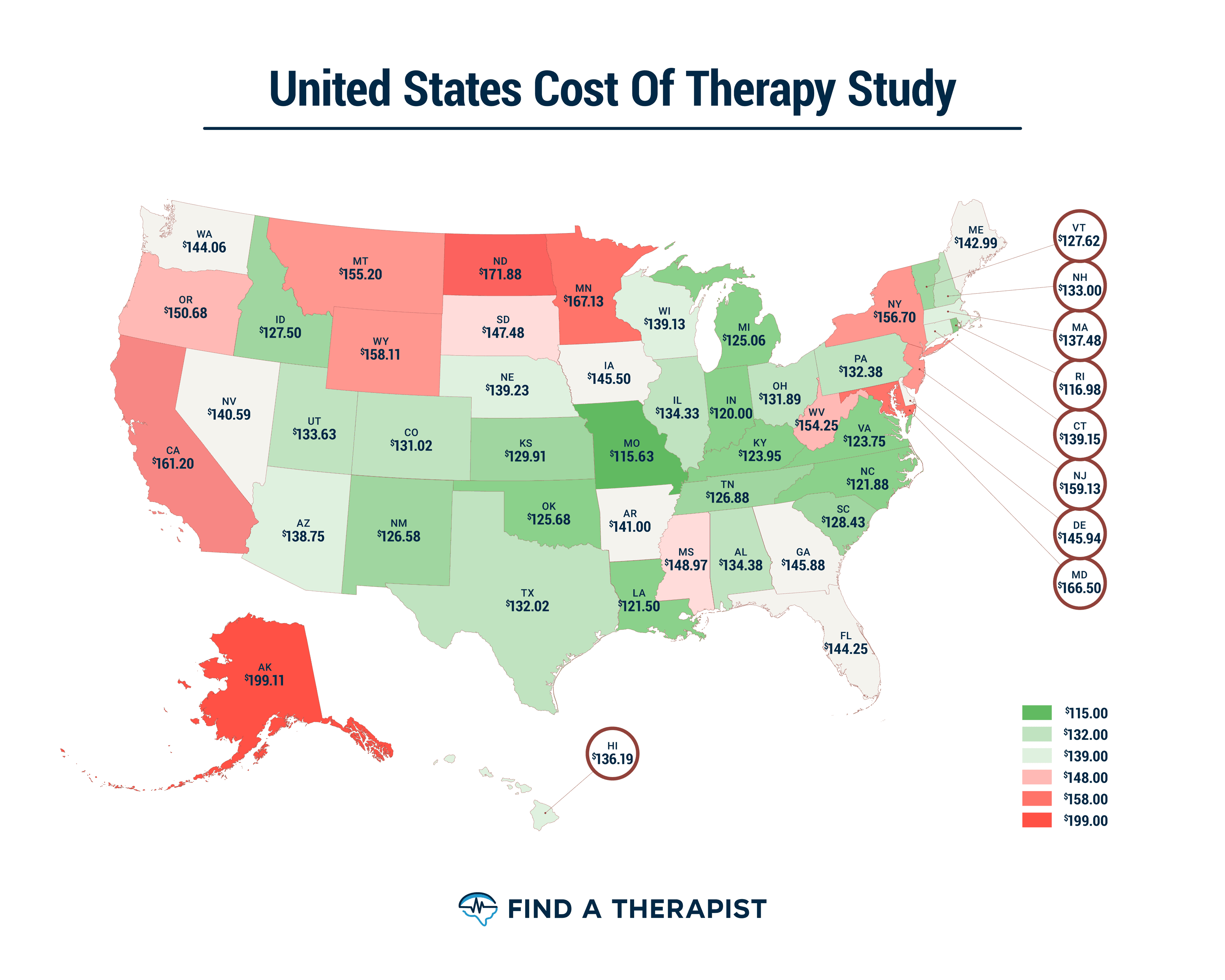 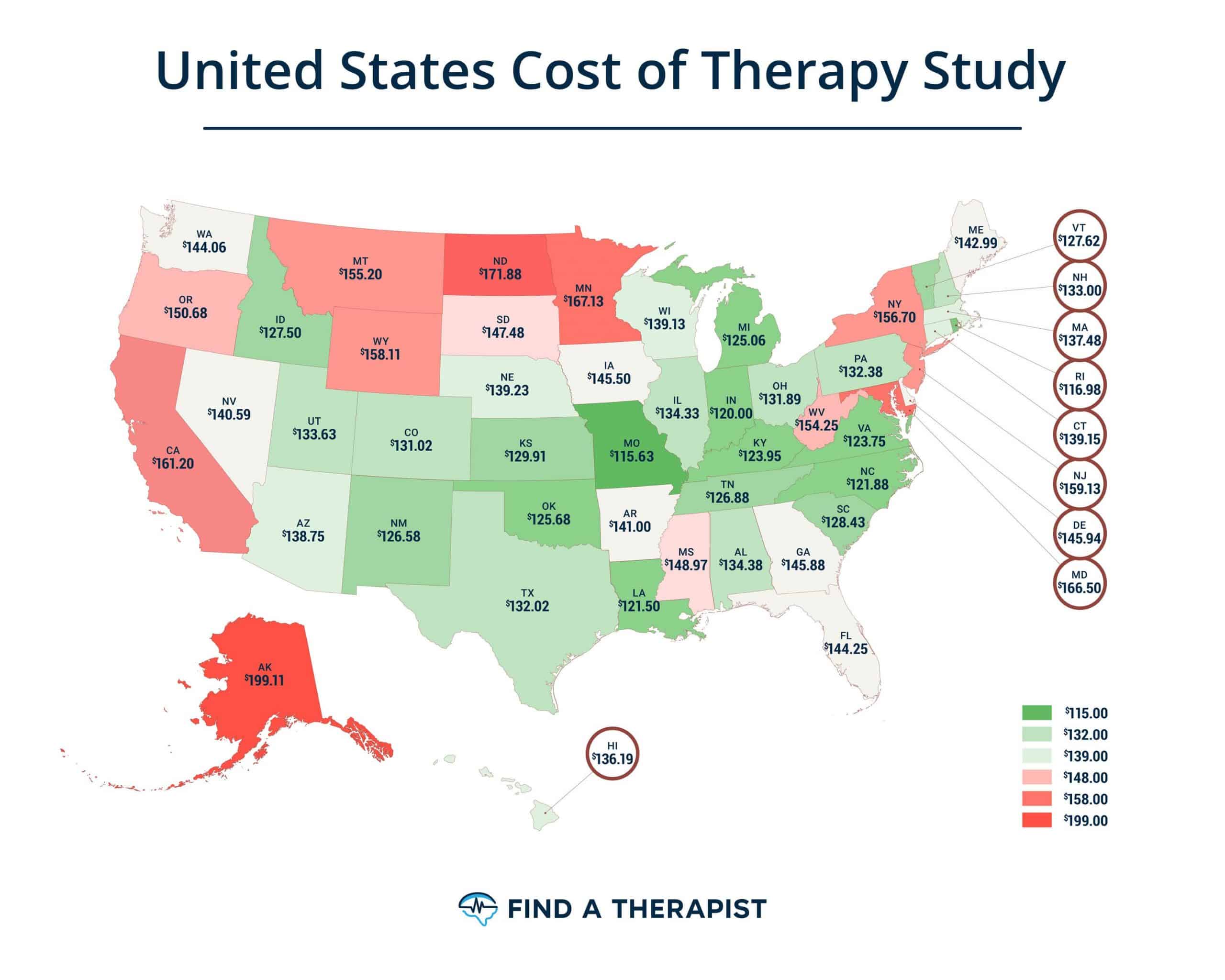 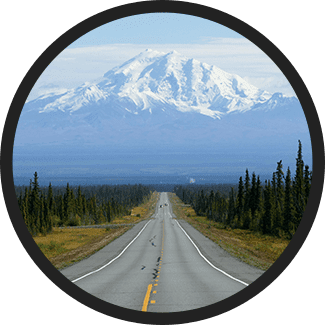 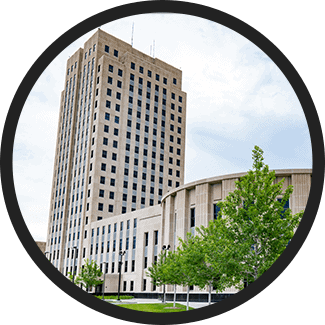 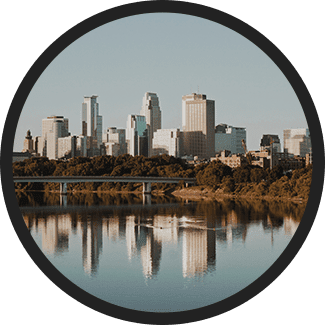 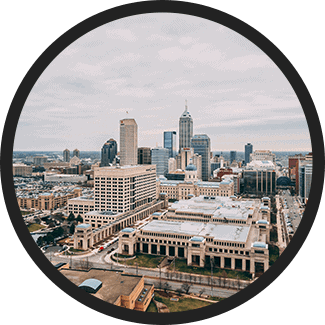 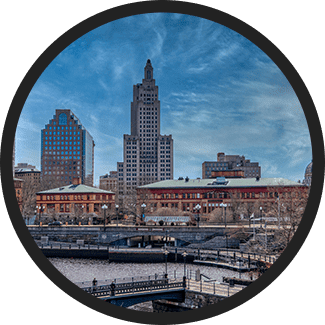 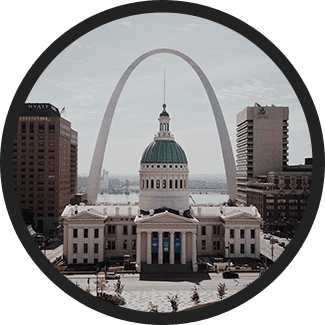 Depending on where you live in the United States, the cost of accessing mental health support can vary substantially.

From our analysis, we found that the average cost of a therapy session in America is $139.43. But if you live in Alaska, you’ll pay a massive $199.11 per therapy session on average, assuming you have no insurance coverage.

Those in the northern Midwest also face high costs of therapy, with North Dakota residents paying 23% more to access mental health support than the average American. It’s a similar story in Minnesota, where you’ll pay $167.13 per session, or 20% more than it costs the average person to attend therapy sessions.

On the other hand, residents of other states pay a lot less to access the exact same types of counseling services. A session with a licensed therapist costs just $115.63 in Missouri, or $116.98 in Rhode Island, partly due to a greater supply of available therapists.

Most western US states are relatively expensive places to access therapy services.

Alaska is the most expensive state in the country to access mental health support, and California also made the top five. Therapy is also expensive in Wyoming, at $158.11 per session, and in Montana, where it costs $155.20 on average to access a licensed therapist.

The Southwest is a very inexpensive place to get therapy, when compared to most other US states. Arizona, New Mexico, Oklahoma, and Texas all have a lower cost of therapy than the national average.

However, there is a significant difference between the cheapest and most expensive Southwestern states to access counseling.

The northern parts of the US Midwest are some of the most expensive places in the country to access counseling and therapy services.

North Dakota and Minnesota are the second and third most expensive states to get mental health support, with therapy sessions costing around 20% higher on average than in the rest of the United States.

On the other hand, many other midwestern states have a much lower cost of therapy services. Michigan residents pay $125.06 per therapy session, while Missouri residents enjoy the cheapest therapy in the country, at just $115.63 per session, which is 17% below the national average.

The Southeast generally has quite a low cost of therapy, with many states having access to cheaper therapy than the national average.

Louisiana is the cheapest southeastern state to access therapy services, at just $121.50 per session. In Tennessee, a therapy session costs $126.88, while therapy is also cheaper than the national average in North and South Carolina.

For the southeastern states with a higher cost of therapy, no state had an average therapy session cost more than 5% higher than the national average, highlighting that mental health support is relatively inexpensive in the Southeast. Delaware, Georgia, and Florida had the highest cost of counseling of any southeastern states.

The Northeast US was very interesting in that different states had a massively different average cost of therapy services, despite being located very close to one another.

In the far North East, there is also a lot of variation. Therapy sessions cost $142.99 on average in Maine, $133.00 in New Hampshire, and just $127.62 in Vermont. Further south, therapy is cheaper, at just $123.75 in Virginia, which is very similar to the prices seen in southeastern states such as North Carolina.

We gathered data on more than 1000 mental health professionals to assess how much therapy and counseling sessions cost in each state. Apart from the state in which they operate, we recorded the cost of therapy sessions with each therapist or counselor, as well as their experience and qualifications. When a therapy provider listed their pricing in a range (such as $100-$150 per session), we calculated the average of these two numbers.

The professionals we collected data on all had at least a year of experience, and a current license to practice. We did not record data on any individuals currently completing an internship. Each professional was either a Licensed Professional Counselor, Marriage and Family Therapist, Psychologist, Clinical Social Worker, or Drug and Alcohol Counselor.

To calculate the typical cost of counseling in each state, we found the average cost of a single therapy session, using data from all of the therapists or counselors in that specific state. We then adjusted each number to account for the experience of the therapists included.

Download our complete press release as a PDF document

*Data collected during January 2022. Find A Therapist makes no warranties or guarantees as to the accuracy of the data provided.

I am a freelance writer, mental health advocate, and certified meditation teacher with extensive experience in mental and emotional health. After earning my master’s degree in educational psychology, I went on to practice crisis counseling and behavioral therapy.

As a writer, my aim is to utilize my personal and professional experience in mental health to create content that helps readers feel understood and supported. I have been a contributor for The Mighty, Yahoo!, and have ghostwritten for a variety of personal development and wellness websites.

When I’m not writing, you can find me exercising, reading, or playing with my dogs, Doug and Ozzy.

We may receive a commission if you click on and become a paying customer of a therapy service that we mention.

The information contained in Find A Therapist is general in nature and is not medical advice. Please seek immediate in-person help if you are in a crisis situation.